Down at the place where the Green River becomes the Duwamish Waterway is a small park. It straddles both sides of the river where a large rock is visible at low tide.   There were small houses here at one time but now it has been restored to promote the return of nature.   You see the Duwamish waterway is a man-made thing.   We took the river, straightened it out, built industry,dumped all sorts of things in it and in general used it for our convenience. Today lots of money has been spent cleaning up the mess.   It is even considered a Superfund site.

I wanted to walk around the east side of the river restoration which has now grown up to be very lush.  There was a mixture of birds but of course the crows caught my eye.  They were sitting on the posts pushed into the tide flats years ago to hold netting. If I could sit on one of those I would too.  What a way to watch all the other birds and wildlife as the river flows by. Hope you enjoy their post sitting style. 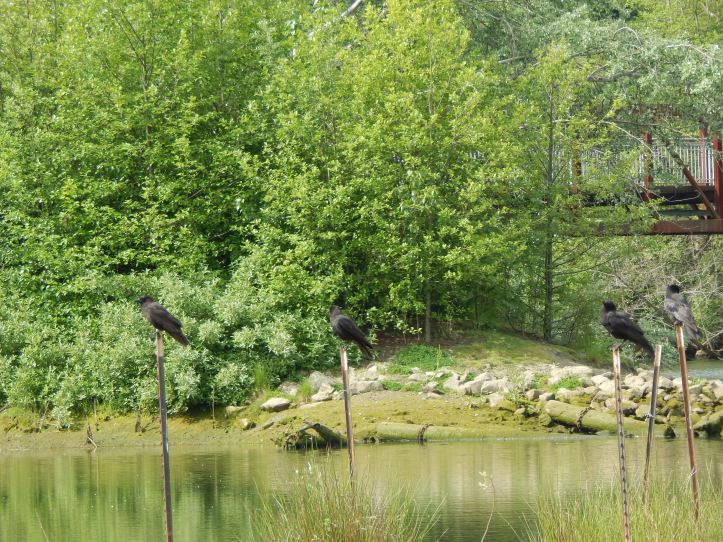 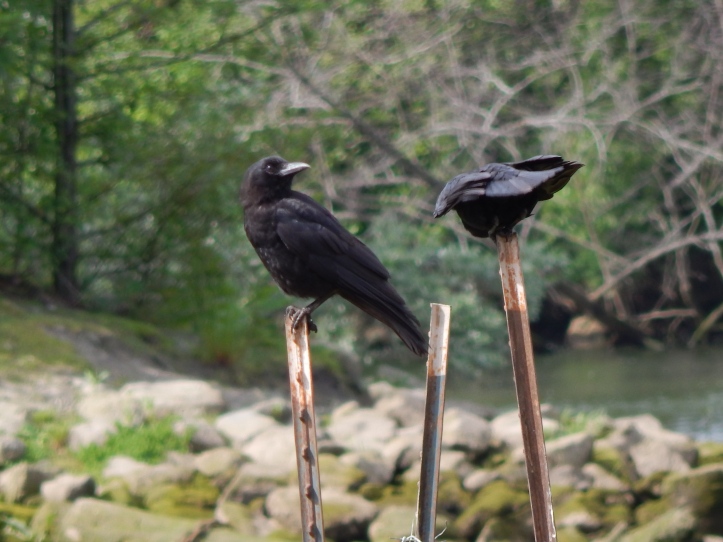