I usually don’t write about personal items, this is a blog about Crows and Nature.  However, I do have an article I want to dedicated to my late mother.

Evelyn Morris Foster Wallingford passed away on Friday the 13th (9/13/13).   Her and I didn’t always see eye to eye and in her last years that was no exception.

My mom lived a very full life and was what I would call a wild one for her time.  She was born in May of 1921 and survived the Depression along with my grandparents at their corner grocery story in what is now the Northgate area in Seattle.  The family legend is my grandmother had the first Shell station in Seattle.  Can’t verify that but here is a sweet picture of her and the store.

But back to my mom.   She was one of those 100,000 women during World War II who enlisted.  Lets talk about being on the cusp of the women’s movement.

She volunteered in 1943 and joined the WAACs – The Women’s Army Auxiliary Corp.    I would say she had the adventure of her life while helping out the cause and also meet and married our father.

More important is the historic thing that happened when she was in the service.   That is a bill was passed in congress that made these brave women actual members of the Armed Forces.  Until then they were just the “Auxiliary”.  That meant they got benefits but more important they started in motion what we see today….  Women actually in the combat arena and recognized for their contribution right up there with the men. In her time there was smear campaign to stop the women from enlisting.  They were made out to be of loose morals and unfeminine.   Obviously, this didn’t stop my mom or other women.

Here are some photos and documents that I pulled from my mom’s photo box a few years ago. 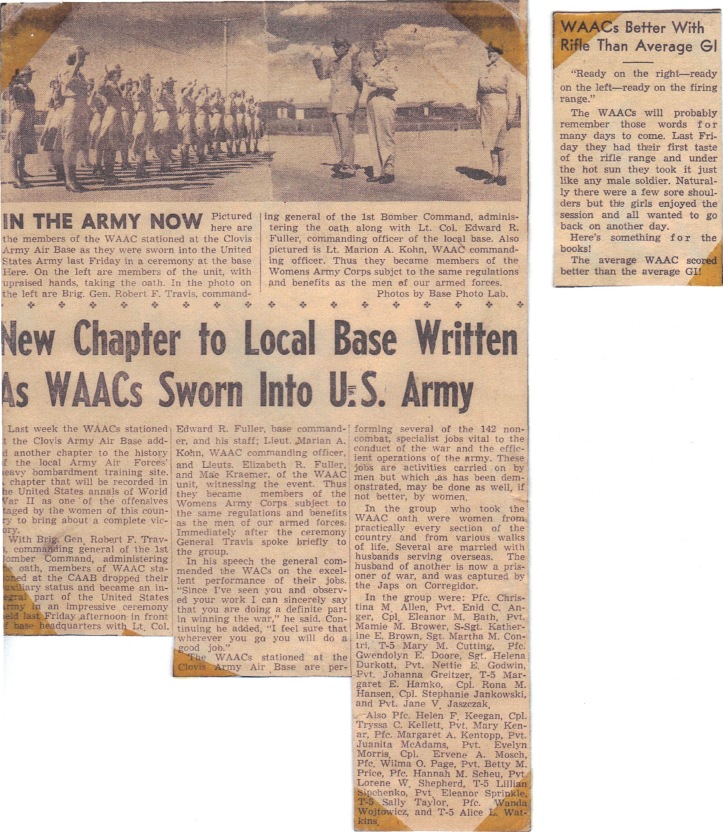 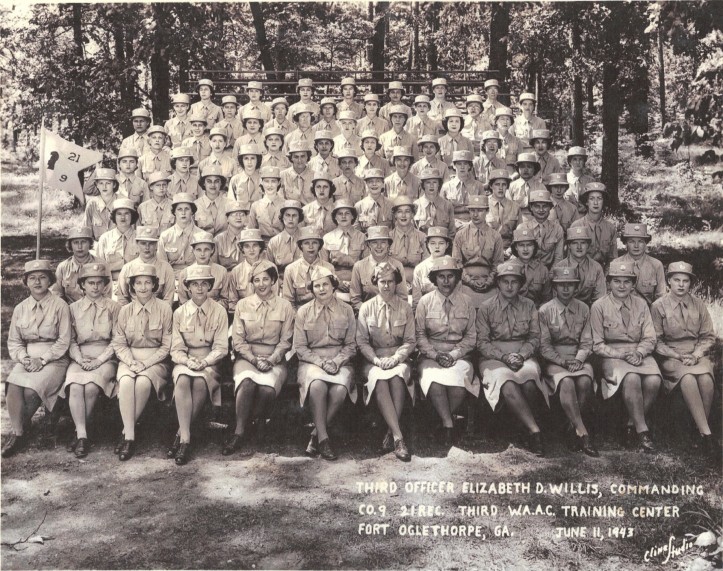 So, here is to you Mom.   May we all have as much fun living our lives to the fullest every day!!