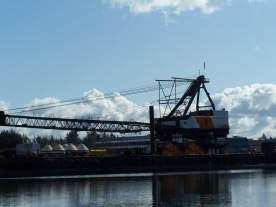 One view is industrial vs another view of kayaker

This little park is a reclamation project on the Duwamish River. The area was home to the Native American Tribes for thousands of years. When the Industrial Revolution began the river was straightened out and became a nasty polluted place over the years. About a decade ago the city bought this property and turned it back into a sanctuary for wildlife. As you can see it is surrounded by industry and some of it is very old and tired.

As I was climbing around looking at some graffiti on old box cars I noticed a pair of crows nestling into a fir tree behind the rail cars. You can see him sitting on the tree if you look carefully. This pair of crows are checking off several items on their Spring list to have babies. There is a big barge and derelict boat next to this area and Mr. Crow found a great spot to watch from.

Crow next to his chosen nursery fir tree 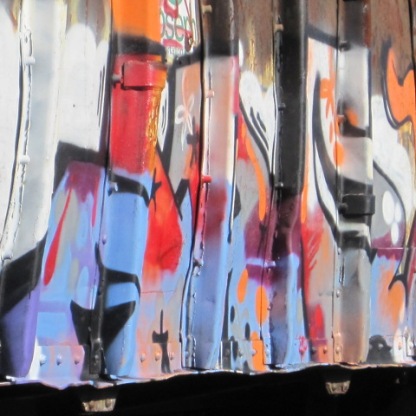 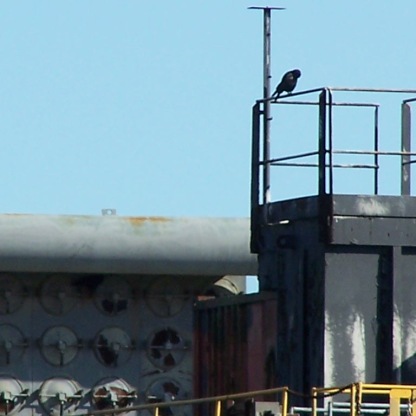 Crow on barge with cool dials watching over his domain 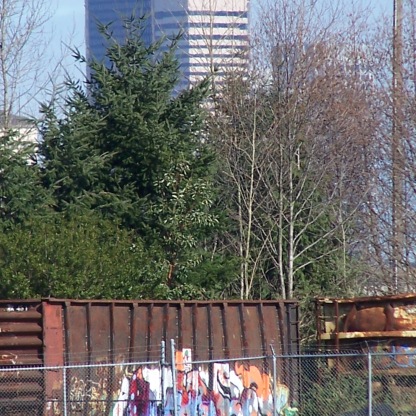 Box Cars next to park

Besides the crows, the park had some good views of the city and uninhabited Kellogg Island which is across from the estuary 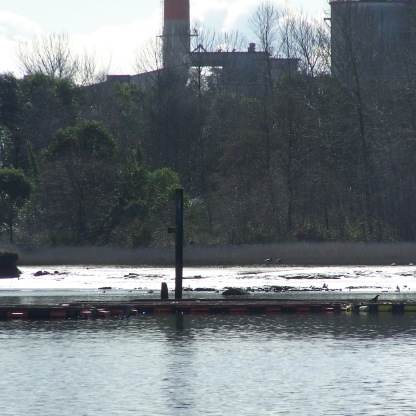 View of Kellog Island with a cement plant in the background.