The Baby Crows are full size but they don’t have the dignity of adults yet.   They beg continually for food with a whinny voice that must be getting on their parents final nerve.

Some of oddest behaviour I have seen in the last couple of weeks: 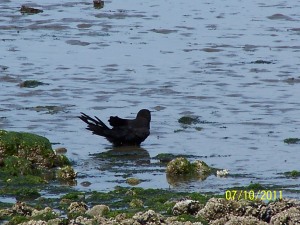 Mom – we think you should come feed us NOW!!